This is a claim that you will often hear from TDLT and the US Forest Service. The claim is that utilizing the same Pond and Plug meadow restoration methods used to restore Perazzo Meadows, Donner Summit Valley can be “restored” to something similar.

This claim is actually pretty simple to refute. It is simply a question of the quantity of water available to each valley, the location of each valley and the hydrological timing. In hydrological terms the amount of watershed that drains into a valley is called the catchment of the valley. In Figure 1 the watershed catchments are shown for Perazzo Meadows and Donner Summit valley. 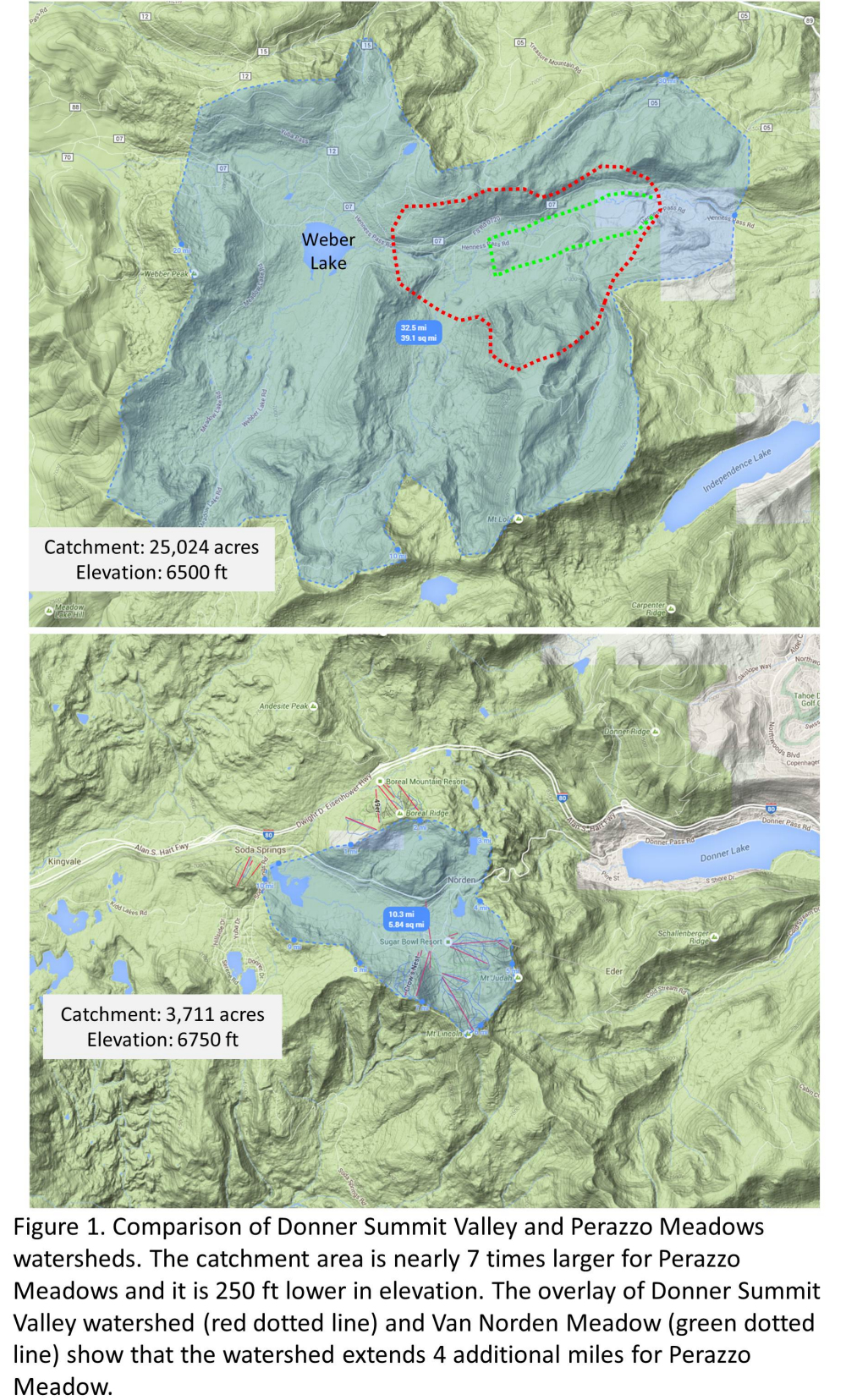 As the figure shows, the catchment for Perazzo Meadows is close to 7 times as large as the catchment feeding the Donner Summit Valley. As described in a previous post, unlike Perazzo Meadows which is more of a transitory meadow in which a large volume of upstream water feeds the meadow during the summer growing season, Donner Summit Valley, located with a mile of the crest of the Sierras, is not fed by a large upstream catchment and runs dry about half way through the summer growing season.

The simple fact is that the two areas differ critically in their hydrology due to their difference in locations and amount of catchment area. Expecting the meadow restoration techniques that have worked for Perazzo Meadows to work for the Donner Summit Valley which has a small fraction of the water available at Perazzo is absurd. Even more absurd is the plan to decrease what little water storage there is through the summer by draining Van Norden Lake and wetlands.