A Trip for the Birds 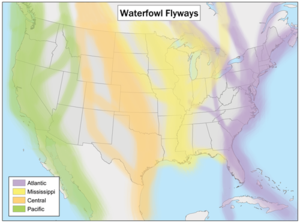 As we start the winter months on the summit and the lakes freeze, one of the natural fixtures from summer disappears. The migratory water fowl including ducks, geese and even pelicans that ply the summit lakes have deserted us for warmer waters. If you miss the honking of the morning fly overs of Canada Geese on Lake Van Norden and Serene Lakes, then I have a little trip for you.

California’s central valley forms a natural corridor between the sierras and the coastal mountains that makes up a large segment of the migratory Pacific Flyway. Each year millions of  birds leave the food rich nesting regions of the northern forests, tundra and waterways and head for warmer areas to avoid the frigid northern winters, just as they leave the summit. Almost half of these birds have traditionally used the relatively warm and fertile central valley as their winter home. To facilitate the great avian winter migration, the US government set up a series of natural wildlife reserves all along the flyway. In northern California, the Sacramento National Wildlife Refuge complex provides large areas of water ways to accommodate the huge numbers of winter visitors. 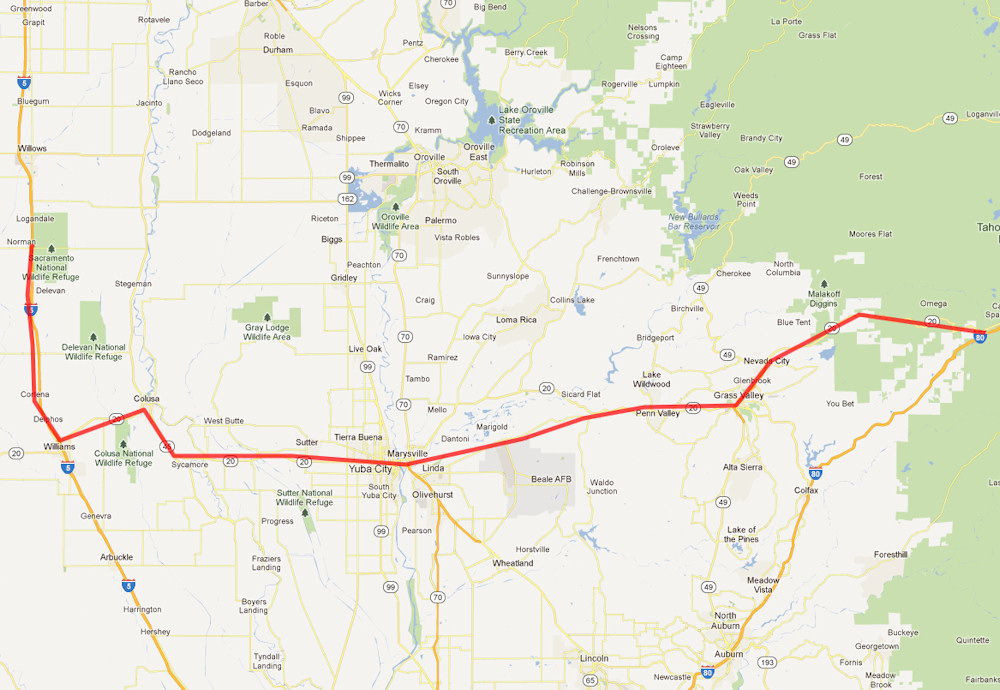 Luckily, getting to the Sacramento NWR, located on highway 5 near Willows, is pretty easy from most of Northern California including the summit. If you are going down the hill from the summit, cutting across to highway 5 on highway 20 is a great scenic drive that takes you through Grass Valley, Nevada City and by the Sutter Buttes. Make sure you check the weather report before you go, because the thick valley fog can ruin the experience. The trip can easily be done in a day with an early start, however, I like to have plenty of time to stop and photograph birds along the way so I usually make it a two day trip. Staying over in Willows makes it really convenient to get an early start to see the reserves throughout the entire complex. It is easy to make a loop around the east side of the valley to see several of the reserves (see the map of the complex).

For full effect watch this video with your sound on and choose full screen and 720p resolution.

It is a good idea to visit a couple of the reserves because different birds tend to frequent different reserves. The geese are especially concentrated at the main Sacramento NWR site while tundra swan tend to be at other sites. The majestic Sandhill Cranes concentrate at the Llano Seco and Colusa reserves. Most of the reserves have an auto tour route that allows you to drive through the reserve to observe the wildlife. Your car serves as a mobile “blind” from which you can observe and photograph the birds in there habitat. There are several observation platforms and also established photo blinds spread out through the reserves.

I have traveled all over the world to photograph wildlife in their natural setting. It usuallyy involves extended travel and significant time and money. It is so great to have the opportunity to observe such a rich natural event right in my own backyard. You have until the end of February to get down to the reserve before the birds start to head north again. A visit should tide you over until our waterfowl return in the spring.

This entry was posted in Off the summit. Bookmark the permalink.

One Response to A Trip for the Birds