We lost a cabin last night

Unfortunately,  the worst case scenario happened on Friday night.  A cabin in Serene Lakes was destroyed due to a propane explosion. Despite the best efforts of all the agencies working hard in the Serene Lakes area to prevent it, there were just too many leaks and one of them went undetected. Linda and I were at home Friday night when at approximately 10:15 we heard and felt a big bump. We thought at first it must have been an earthquake which is not uncommon in the summit area. When we didn’t see anything at the USGS site, I thought maybe the snow load on our roof let go. It wasn’t until around 10:45 when the power went out (yet again) that I thought about a propane explosion. 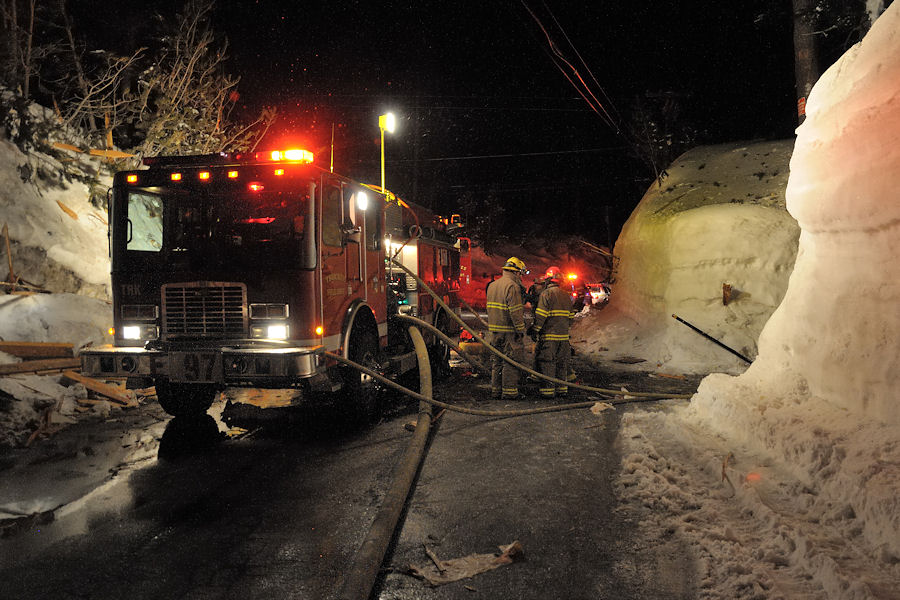 I went out exploring in the neighborhood and sure enough, spotting the red glow of flashing emergency lights, I followed them to the scene of total devastation. You could not even tell that there had been a cabin at the lot. The explosion had been so forceful that parts of the front of the cabin had been blown out into and across the street, probably 40-50 yards. Studs and boards that had been projected out from the explosion were sticking out of the snow bank across the street. Our first thought was for any inhabitants of the cabin because we had seen cars in that driveway over the weekend, but we were assured by the fireman that the cabin had been unoccupied at the time. One positive in this otherwise catastrophic event was the time of the explosion when no one was out and about. If anyone had been walking by at the time of the ignition, they could easily have been seriously injured or even killed by the flying debris. It was particularly chilling for us because we had walked by the cabin that morning on the am dog walk. 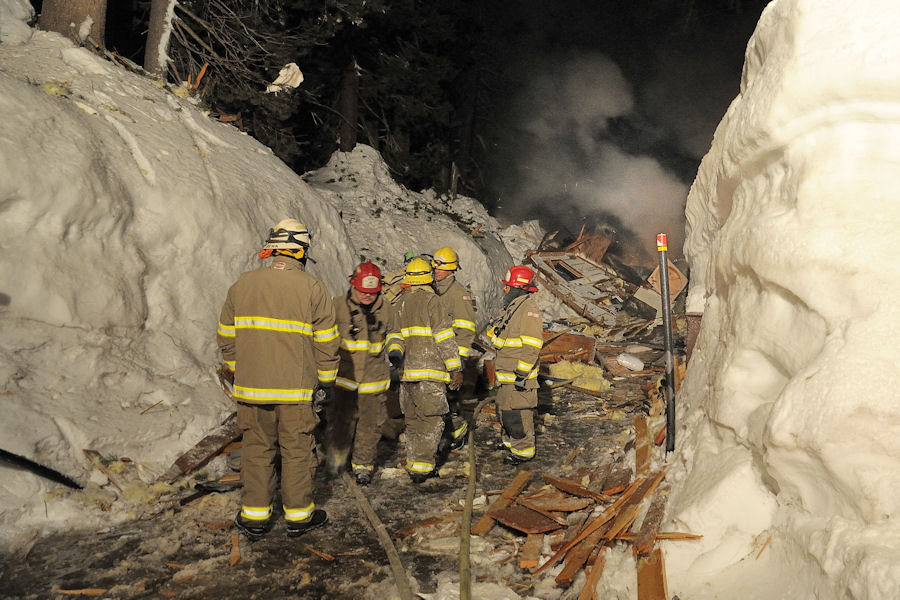 This morning we went over to survey the damage in the light of day, and it was even more disturbing. As the pictures show, the explosion was massive. A string of debris stretched 50 yards behind the house. All that was left of the cabin was a crater in the snow filled with debris. Windows on an a neighboring cabin had been blown out. Active fires were still flaring up in the debris. It was very sad to witness the devastation. 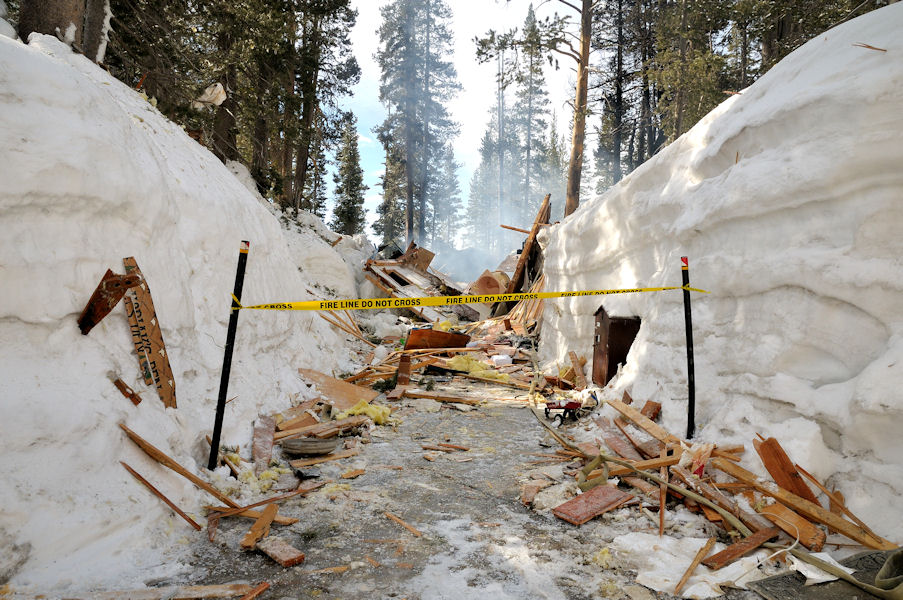 This tragic event raises and important concern for home owners. The owner of this property had been diligent in digging out the propane tank and it was clear at the time of the explosion. In fact the house had been previously been declared safe by the fire department. It was suspected that the leak may have occurred at the second stage regulator plumbing where the propane enters the house. There have also been other leaks in which this was true. A leak at the second stage can be much more dangerous because the propane can go directly into the house where it can accumulate and ignite. A leak at this point can much more quickly fill a garage and/or house. We can personally attest to the fact that there was no propane smell at the cabin earlier in the day. It is critical that in addition to clearing tanks that the plumbing and first and second stage regulators be kept free of ice. 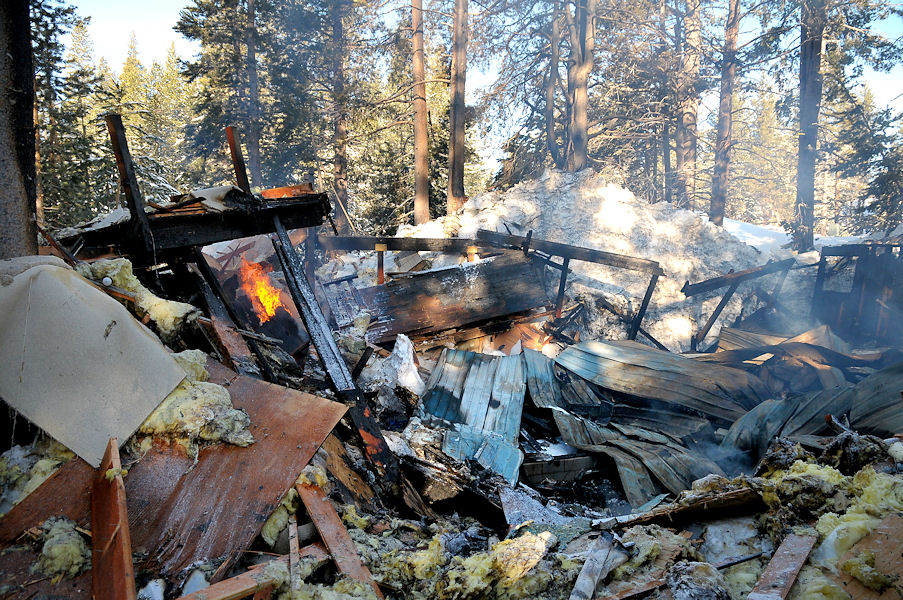 This event really brings home the real danger that has been created as a result of the monster storm and winter we have had up here on the summit. We can only hope that this event will not be repeated in the coming weeks. Unfortunately, the huge amounts of snow still on the ground still present an ongoing threat to many of the propane tanks still covered up. Home owners should be following the guidelines and bulletins from the Truckee Fire department concerning propane safety.

8 Responses to We lost a cabin last night