Readers of this site know that there has been considerable controversy concerning the original trail plan developed by the Truckee Donner Land Trust for the Royal Gorge area. Several posts have been published on this site discussing the plan and supporting the multi-use policy adopted by TDLT (See the following posts 1, 2 , 3, 4). 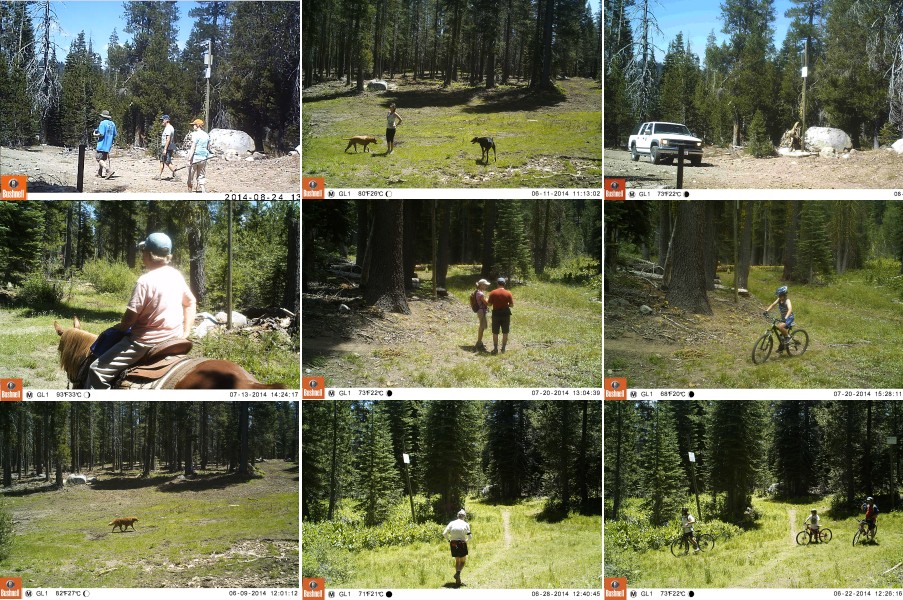 The controversy is rooted in the arguments primarily set forth by a group of hikers that proposes that hikers and mountain bikers can not use the same trails without negative conflict. The group has demanded that more trails be designating as single use for hiking only. The basis of the conflict arguments comes from other open space areas that have experienced negative conflicts (Marin County springs to mind). It has been our prediction, and the contention of TDLT and many others that the Royal Gorge area has the capacity in open space and trail availability to handle the relatively low user population that would be using the area, without significant conflict. The problem with this prediction was that there was no real data on the level of trail use in the area. As in many controversies, without data predictions can abound, including those of Armageddon and the end of life as we know it (tic).

This summer (June-August 2014) we carried out a trail monitoring survey using a motion triggered trail camera to gather representative data on the level of trail use in the Royal Gorge area. We urge everyone to download the survey and examine the data for yourselves. We think the data is clear in supporting the prediction that the area has ample capacity to support conflict free multi-use, put we invite everyone see the data and draw their own conclusions.